Degas Aspects of the Language of Art – Sofia, Bulgaria 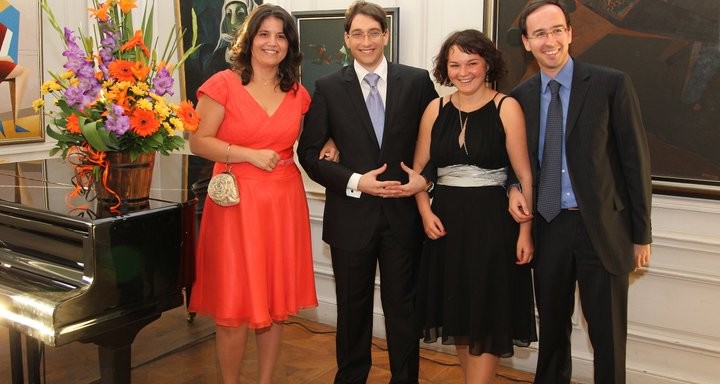 The exhibit, which includes Degas’s famous The Little Dancer, Aged Fourteen, presents a complete set of 74 sculptures that Degas originally modeled from wax, clay and plastiline and which were later cast in bronze. The exhibition in Sofia is the third after Athens last November and Tel Aviv in March, 2010. It runs until October 29, 2010. Apart from the collection on display in Sofia, which is part of the M.T. Abraham Foundation’s collection, only four museums in the world possess an almost complete set of Degas bronze sculptures, with only one or two of the 74 figures missing. Recent decades have seen a far-reaching change in the interpretation and appreciation of the work of Edgar Degas (1834-1917), one of the most important artists active in Paris in the second half of the 19th century. Previously deemed a sentimental artist, mostly immersed in the world of dance and the stage, he has recently been rediscovered as an artist of unusual intellectual power, who explored various aspects of the language of art which were well ahead of their time and foreign to his fellow artists.

His profound interest in capturing the “spirit of the time” while meticulously scrutinizing the everyday—concurrent with confrontation of the lessons learned from the great masters of the past—enabled him to formulate trailblazing insights pertaining to the visual arts as well as to the prevailing social and gender orders. This was observed by Degas’ contemporary, critic Joris-Karl Huysmans, who wrote: “A painter of modern life was born, and a painter who derived from no one, who resembled no one else, who brought a totally new flavor to art, totally new procedures of execution. Laundresses in their shops, dancers at rehearsal, café-concert singers, theatre interiors, race-horses, portraits, cotton-merchants in America, women getting out of their bath … all these subjects, so diverse, have been treated by this artist who is reputed however never to have painted anything but dancers!” The current exhibition focuses exclusively on sculpture—one medium among many in which Degas expressed himself masterfully.

His body of sculptural work is divided into eight thematic units, each supplemented by a short introduction which indicates the close affinity between Degas’ two- and three-dimensional work, based on the impression that Degas’ sculpture complemented and enriched his painting, just as much as his painting made possible, perhaps even demanded, the sculptural practice. Each unit also contains an example or two which may attest to Degas’ great dependence on the art of the past, as he himself declared with typical modesty: “What I do is the result of reflection and study of the great masters; of inspiration, spontaneity, temperament I know nothing. One may learn about Degas’ struggles of observation and visual conceptualization from the artist’s work process on the large-scale oil painting Miss Lola at the Cirque Fernando, which was preceded by a long sequence of preliminary sketches exploring the appearance of the mulatto acrobat and the structure of the circus, in pencil, pastel, and oil. The final painting was presented at the Fourth Impressionist Exhibition of 1879 (and is now kept at the National Gallery, London). It greatly impressed Huysmans, who wrote about it in 1880: “In order to give the exact sensation of the eye following Miss Lola (sic.), climbing by the strength of her teeth to the very top of the Cirque Fernando, Degas dared to make the circus roof lean wholly to one side.”