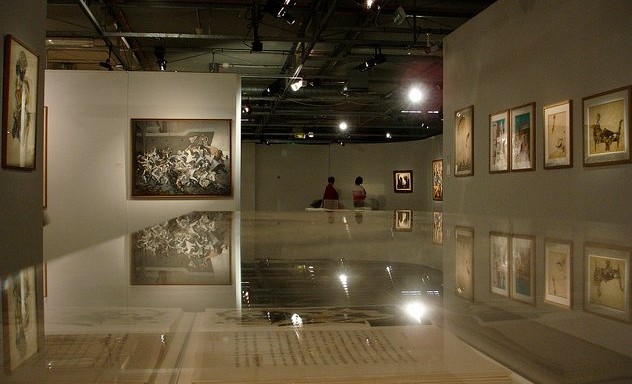 The exhibition open from April 14, 2010 at the Messenger Gallery. Prestigious works by Signac, Matisse, Marquet, Picasso, Braque, Léger, Gris, Duchamp, Chagall, Klee and other important artists will be on view for the general public. Of the three founders of Surrealism, all of whom have written extensively on artists and their work, only Aragon has not been privileged to be the subject of an exhibition showing works that inspired his texts and articles (Philippe Soupault, who initiated the periodical Litterature with André Breton and Louis Aragon in Paris in 1919, was honored in 1989 by the town of Montreuil-sous-Bois and André Breton was honored in 1991 by the Center Georges Pompidou).

The Adresse Musée de La Poste will exhibit a visual dialogue between Aragon, the writer, and major artists of the twentieth century. It will also be an opportunity to recall and see, beyond the polemics and dithyrambs, an unwavering commitment by Aragon to the creation of new forms, one of the brightest and most complex minds of the twentieth century. More than 150 works–paintings, drawings, collages, photographs, sculptures, tapestries – created by a number of the most important artists of the last century can be seen in gallery Messenger. Several prominent works by contemporary artists and designers will also be on show. Reading quotations by Aragon is a journey through the core of 20th century painting isms: Fauvism, Cubism, Dadaism, Surrealism and French and Russian Socialist Realism, are presented to the visitors. One is even invited to penetrate the intimate universe of Aragon and his wife Elsa Triolet by viewing a reconstructed apartment they occupied on rue de Varenne in Paris.